News, musings and other interesting stuff.

One of the unexpected joys we’ve experienced since opening Moonlight has been meeting people from all over the world. Since we opened in 2007, we’ve had guests from as far away as India and South Africa, and as close as Canada and Jamaica. Some find us because they are in town visiting friends or relatives who bring them in (thank you!).  Some find us through online searches or recommendations from others as they pass through town. A few summers ago, we met a couple who recently relocated from Germany on a temporary assignment to upstate New York to assist with the opening of a yogurt factory in Batavia. They found their way to Moonlight because they were told by colleagues that Fairport is “a quaint village on the canal worth visiting.” Last winter, we met a delightful couple from Bermuda, visiting Fairport with their grandson. My parents hit it off with them right away as we discussed living in Bermuda, living in Fairport (the woman grew up here and moved to Bermuda in the 1970’s), grandkids, ice cream, and about a dozen other things. An hour and a half later, we parted as friends, with hugs and hearty handshakes.

Often, when we meet guests from other countries, they are eager to share with us their customs and dessert traditions, and we value these conversations as sources of inspiration for our own explorations with ice cream. A couple of years ago, we met Jim and Ellen McVean, from Scotland, who were in town to visit Ellen’s brother and family. They attended our Jane Austen Wine and Dessert tasting event, where Jim gave an entertaining explanation of Gretna Green, a Scottish village popular for “runaway marriages” since the Marriage Act of 1754.

On this and on their subsequent trips to Fairport we enjoyed visiting with Jim and Ellen and soon learned that Ellen’s signature dessert – the one her brother says is “second to none” – is a traditional Scottish dessert called Cranachan. Made with whipped cream, Scottish whisky, honey, raspberries and toasted oatmeal, it is layered in a tall dessert glass, and often served on Burns Night, the Scottish holiday commemorating poet Robert Burns (if you don’t recognize his name, you certainly will recognize his work – he wrote “Auld Lang Syne”). With some advice from Jim on the whisky, we set out to make an ice cream version of this classic dessert.

Our Cranachan is a Scotch-infused toasted oatmeal ice cream with crushed fresh raspberries swirled throughout. We hope you enjoy it as much as we have enjoyed getting to know Ellen and Jim and extending our Moonlight family to Scotland. 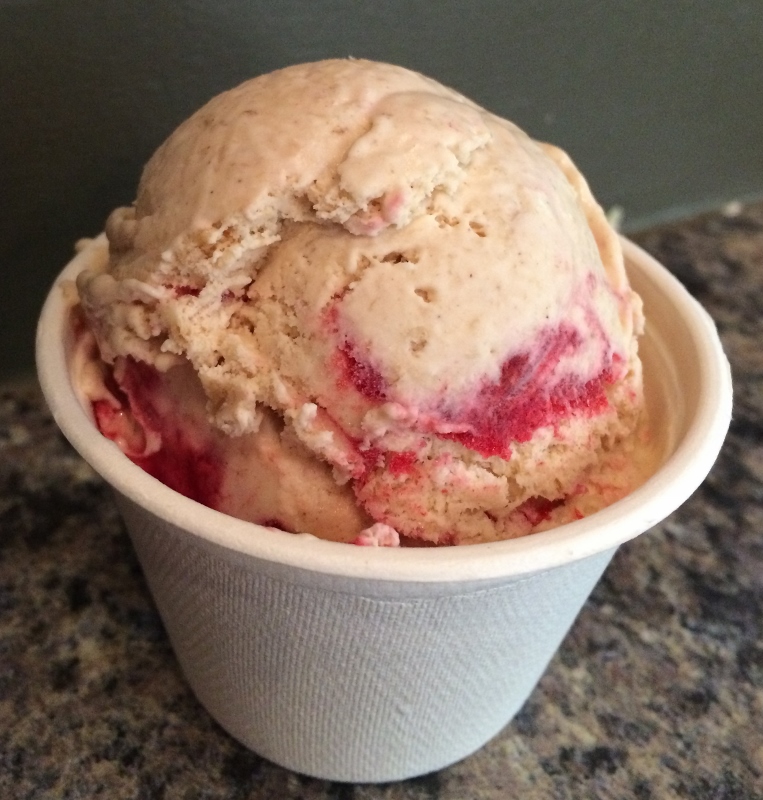